While I don’t subscribe to Sunday newspapers anymore, I still use printable coupons.

Since Sprouts opened this year near me, I’ve been going there for grocery deals.

I haven’t used a lot of coupons lately but decided to on my last visit.

Also, I had my daughter with me which makes shopping a challenge. And I went around 3pm, when the lot was full. But I got a parking space after someone just left. Awesome!

All those things didn’t deter me as I was getting some good deals on produce and using only 2 coupons – one for dairy-free ice cream and laundry detergent. The deals were so good, like getting these items at half off.

Anyway, at checkout I presented my 2 coupons to the cashier. Even though my daughter was with me and telling me she was hungry during checkout, I made sure to watch the register to make sure the coupons were scanned.

All was well and I loaded the groceries and my daughter in the car and left my prime parking spot. However, as I was driving in my car 5 minutes later and was stopped at a stoplight, I happened to glance at my receipt.

I noticed 2 weird transactions, the amounts were the same as my coupons. I had a $1 off coupon for dairy-free ice cream and a $2 off coupon for laundry detergent. 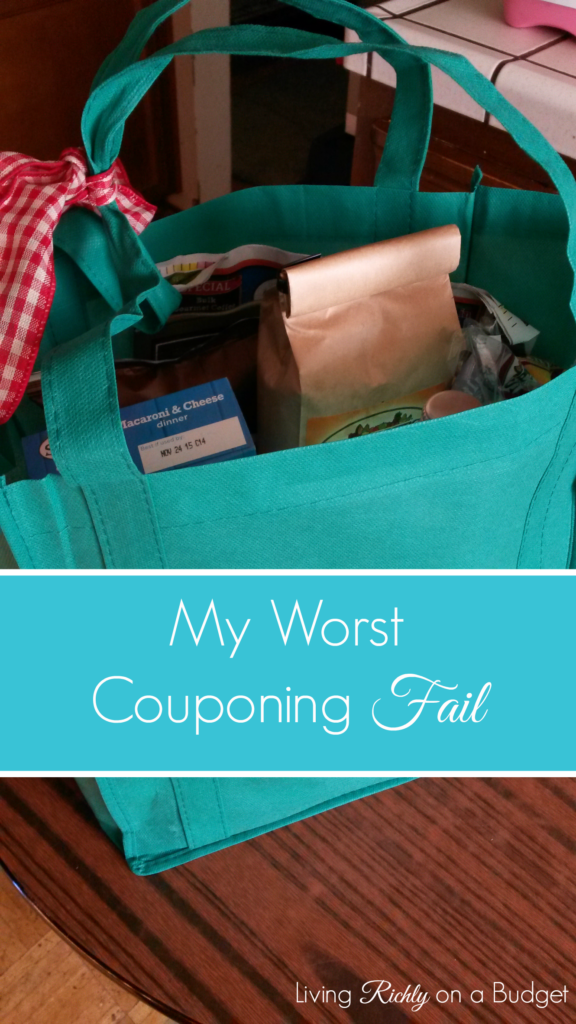 But I remembered that the cashier had scanned the coupons.

Then I realized that she scanned the coupons as items.

WTH??? Are you freakin’ kidding me?

I didn’t even know that was possible! I was so LIVID! Steam was coming out of my ears.

I had just driven there during a busy time and didn’t want to drive back with my hungry daughter and melting ice cream. Ugh! And find parking… again!

I thought it was just $3. Forget about it.

Then I realized it was really $6 that I had lost – $3 overcharged and $3 I would have saved.

I lost money because I used coupons. Really?

So I dropped my daughter off at grandmas and rushed back. It was only a 5 minute drive.

And when I went back and to the same register, it was a different cashier but I didn’t realize it at the time. I was so upset that I yelled at her by mistake. My memory gets hazy when I’m angry.

Seriously, I wasn’t going to leave until they gave me a refund.

The manager came out and we walked over to the right cashier as she was working a different register. I guess she switched in the short time that I was gone.

The cashier apologized and I got my $6 back. All was right again in the universe.

I will still shop at Sprouts.

And to cool off, I treated myself to window shopping at the brand new Bed, Bath, and Beyond nearby. And it worked.

OMG, I just can’t believe that this can happen, that a cashier can scan your coupons as items instead of discounts. So instead of saving money, you end up losing money!

Now I tell myself this:

Look at your damn receipt after checkout.

I usually do but sometimes my daughter wants something and I get distracted.

Do you have a major couponing fail?

8 Comments on My Worst Couponing Fail