I’ve been gluten-free since the week before Christmas last year.

And I can say it has been getting better and better in terms of me learning how to cook more foods.

I developed sudden multiple food allergies seemingly overnight so I had to cook all of my food from scratch.

Now I’ve figured out what I can eat without getting sick. I still avoid restaurants because I don’t want to chance having a reaction.

I don’t have Celiac disease but I have an allergy to wheat and a long list of other foods, which has gotten better from being treated by a holistic doctor with whole food supplements.

But I still want to avoid wheat because I have slight reactions to it, although it’s not life threatening anymore… thank God! 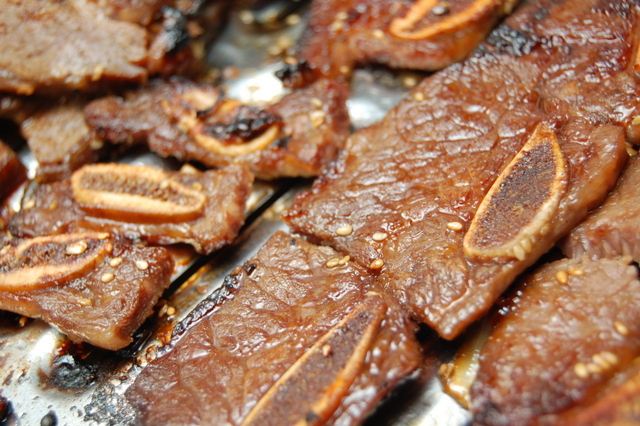 Since I can’t go out to eat Korean food, which I missed, I was determined to figure out how to create a gluten-free version at home. I used this recipe and the first time I tried it, I was severely disappointed.

I figured out that it was the meat. I bought short ribs from a Chinese supermarket, Ranch 99, here in the SF Bay Area. There was something about the meat that wasn’t right because some parts of the beef tasted fine while the other parts tasted off. Kinda weird, right?

So I did what any person who’s desperate for good short ribs does, I went straight to the source – a Korean grocery store. There’s only one here in town and it’s tiny!

The short ribs that they sold were frozen and only in 5 lb packages! And it was $8+ per pound! It was such a gamble to buy 5 pounds of raw meat without knowing how it will taste, but remember, I was desperate for good kalbi.

There’s something about the short ribs from the Korean grocery store that’s special. The meat is cut a certain way and the grade of beef is superior, which makes all the difference. 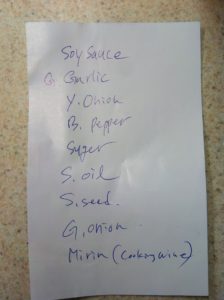 While there, I asked the Korean lady, owner of the store, what her recipe was for kalbi. She wrote down all of the ingredients, but didn’t include measurements! She does own a Korean restaurant next door to the grocery store so I trust her.

I reworked the recipe, using pretty much the same ingredients as the first time but I took out the red pepper flakes and added black pepper and mirin (rice cooking wine). The first time I made this we cooked it in a cast iron pan, but several people have told me to grill it.

Since it’s super cold outside and my grill is packed away in the garage, my husband suggested that I just broil it in the oven, which worked great. You can always grill it instead.

I used San-J Gluten-Free Tamari soy sauce in place of regular soy sauce. You can find it at Safeway, Whole Foods,  Sprouts, or Vitacost. If you order it from Vitacost, you can use this $10 off coupon on your first order.

I found that 5 lbs of short ribs is a lot of beef! I used 2 – 3 lbs of  meat to marinate and only cooked half of that, about a pound or pound and a half. That was plenty of kalbi for 2 people or 2 servings (lunch and dinner) for 1 person.

I froze the portion that I couldn’t cook or eat. It’s good for later when I can just defrost and cook. I think next time I’ll scale down this recipe to use less Tamari sauce.

Scale down the recipe if you’ll be cooking less meat.

How much meat should you get? Factor in about a half a pound of meat per person. 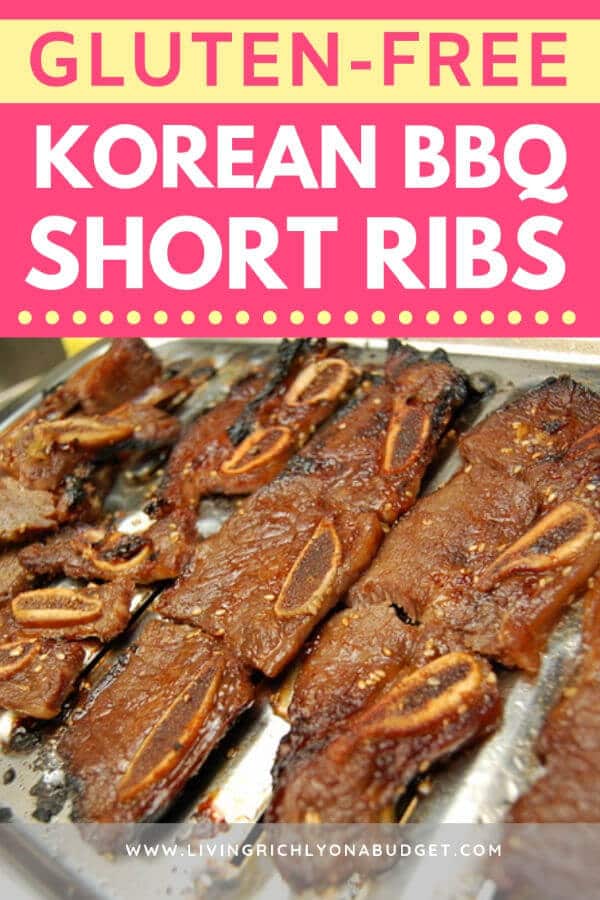 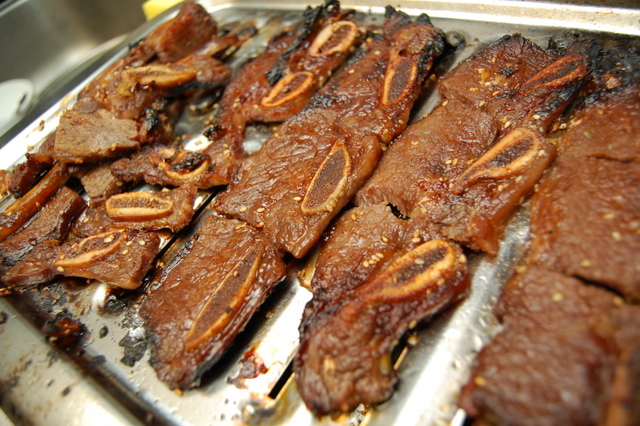